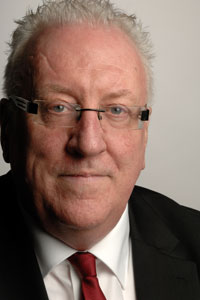 PROFESSOR STEVE REDHEAD is Professor of Cultural Studies in the College of Humanities, Arts and Social Sciences at Flinders University, Adelaide, South Australia. Steve is an international academic author specialising in cultural studies, social and cultural theory, law and popular culture, critical criminology, sport and media cultures, political economy and physical cultural studies. He is co-editor of the book series Emerald Studies in Deviant Leisure. He is a member of the board of The Football Collective. His email is Steve.Redhead@flinders.edu.au.

Steve has published hundreds of book chapters, articles, podcasts, essays, vodcasts, reports, blogs and reviews. He has conducted professional and advisory work with bodies including the National Rural Law and Justice Alliance of Australia (NRLJA), Australian Research Council, Council for National Academic Awards (CNAA), BBC, Granada TV, Department of Culture, Media and Sport (DCMS), Greater Manchester Police (GMP), Lancashire County Cricket Club, Manchester City FC, Manchester United FC, Factory Records, Canadian Broadcasting Commission (CBC), WA Asthma Foundation, New Zealand Government and Wellington City Council. He chaired the Premier’s Creative Industries Taskforce of the State Government of Western Australia for Premier Dr Geoff Gallop. He has also been a specialist policy advisor on sport and mobile city cultures to two Ministers of Sport in the UK and the Minister of Culture and the Arts, the Department of Industry and Resources and the Office of the Premier in the State Government of WA in Perth, Australia. He has been editor of Ashgate’s Popular Cultural Studies and Bloomsbury’s Subcultural Style book series. He is a reviewer for Times Higher Education. He is a member of the editorial boards of Sport in Society, CrimeTalk, I-M, International Journal of Child, Youth and Family Studies, and fusion, and Associate Editor of CrimeTalk. He is a member of the international advisory boards of the Entertainment and Sports Law Journal (ELSJ) and the Teesside Centre for Realist Criminology (TCRC) at Teesside University.