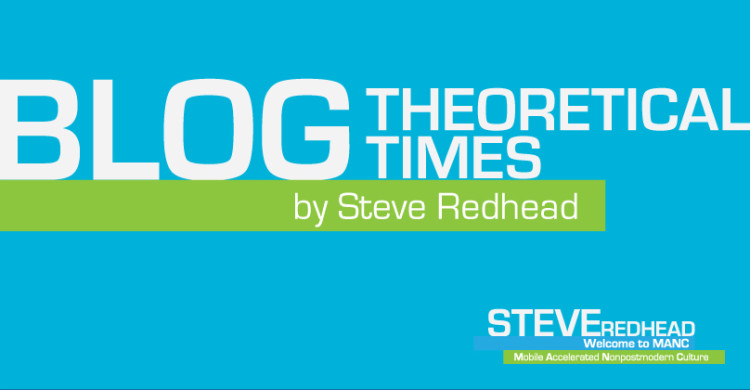 Hiding In The Light

Theory rules in Theoretical Times, but music bytes. For theory to work in theoretical times it is a case of returning, as the psychoanalyst Jacques Lacan wrote in his enigmatic short book My Teaching, to what he calls the ‘beginning’, to what I call original modernity. Legendary Manchester band Joy Division’s track ‘Digital’ from the late 1970s (the analogue age) is actually really Digital – Day In, Day Out as the lyrics say (like Zeros and Ones). Day In, Day Out, relentless, unstable, precarious and profoundly dangerous, digital capitalism is, literally, all consuming. My favourite music to listen to while I was writing the Theoretical Times book, out in paperback with Emerald on October 7, was to the Peter Hook-less New Order’s Music Complete, put out on Daniel Miller’s Mute label, digitally downloaded on to an iPod Touch and heard through Skull Candy headphones. It was like listening, on shuffle, to what I have dubbed ‘Northern Bauhaus’. The extended dance mixes of the tracks were even released all together as an alternative album, Complete Music. Clever, iconic, modernist cover art by Peter Saville and his associates, and majestic, monstrous tracks reflecting the last thirty years of dance culture, name checking Gorgio Moroder, the Pet Shop Boys, Donna Summer and Kraftwerk along the way. Even though it seems a profound profanity to have a New Order album without bassist Peter Hook both records are an historic, watershed digital pop production, with help from Iggy Pop, Brandon Flowers of The Killers and Tom Rowlands of the Chemical Brothers. Peter Hook’s caricature of the band as ‘New Odour’ speaks volumes for the legal and personal wrangles which have developed since the ‘final’ split in 2007. Court chaos is in the background as the judiciary waived Peter Hook’s claim against the others into the juridical arena. New Order created a global pop aesthetic in those years; ‘original modern’ as I theorised it after Peter Saville christened the city of Manchester ‘original modern’ on becoming the Creative Director for Manchester City Council in 2004. Saville was Factory’s designer and a partner in the enterprise and still art directing for all he is worth on the Music Complete album cover.

Peter Hook’s band the Light, with his own son bass player Jack Bates in it, are as important in their own right as the Hook-less New Order. Both are revisiting this original modernity, in the new version of New Order and Peter Hook’s band The Light, but it was essentially built from early Joy Division beginnings in 1978 and not disrupted for long by Ian Curtis’ tragic suicide in 1980. Original modernity is like that. Everyone trying to recapture what was fleetingly new, shiny and vibrant. Music Complete (and Complete Music) is the sound of living for years in original modernity. The book I most read for inspiration and relaxation when I was finishing writing Theoretical Times was Substance: Inside New Order by Peter Hook which takes the JD and NO story up to 2007. Hook had already written two riveting autobiographical books – on the Hacienda (The Hacienda: How Not To Run A Club) and Joy Division (Unknown Pleasures: Inside Joy Division). But Substance is a 752 page blockbuster and is a real treat for any popular culture addict (like me) – it shows how all the whole damn things were made, including which basses and which amps and which sequencers, and which drugs (substance – geddit?), and all. It lists all the gigs – I was there in the open air at Old Trafford Cricket Ground (Stretford) on 13 July 2002 when a joyous, rampant New Order were supported by Doves, Echo and the Bunnymen, and Elbow and watched by Manc luminaries like Bez from the Happy Mondays. It shows too how the factory of (or Factory?) popular culture is always there in original modernity.